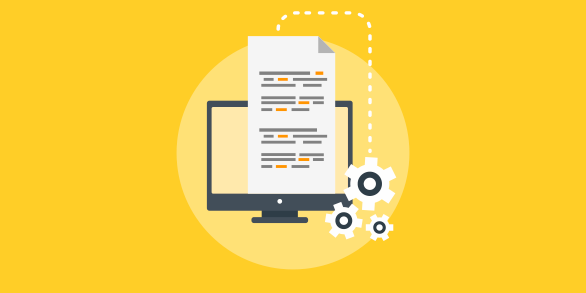 Java Applets have been used to collect e-Government forms in Portugal for several years. However, the end of the Java browser plug-in led to a significant change in the process and Portuguese Authorities were obliged to adapt the way data is collected.

It all started when the main browsers, namely: Chrome and Edge, stopped supporting java applets. Java security flaws were disclosed that could be used to attack web users. Java in the browser would only be available for a short period of time, thus a solution was required.

Portuguese Authorities devised an ambitious plan to replace Java applets and simultaneously create an alternative that could be displayed in mobile devices (6.5 million Portuguese have a smartphone, Marktest, June 2017), improve usability and depend on open browser standards.

Take a look at the earlier version of Tax Declaration forms.

Here’s the current one.

Which one would you prefer?

Conversion processes like the one accomplished by Portuguese Authorities (convert Java applets or Adobe Forms to web forms) can be completed with well-known web frameworks, such as Angular, React or Vue. However, even an experienced team needs to spend some time on tasks like framework prototyping and component integration, before any form logic starts to get written down.

Lightweightform can be an option to consider if you need a faster and simpler way to achieve consistent results. This framework simplifies the development of demanding forms providing specific field formats and masks, compliance with business rules, cross-field validations, complex behaviors, and local load and save. It integrates the best front-end development components created with modern Web technologies, namely: Angular, TypeScript, MobX, and Kotlin.

The framework can also help developers create responsive and easy to use forms with context-sensitive help and inline validation error display. Plus, Lightweightform assures a form with great appearance, even when you have a form with several areas and a thousand fields.

Do you need demanding forms? Why not try Lightweightform?