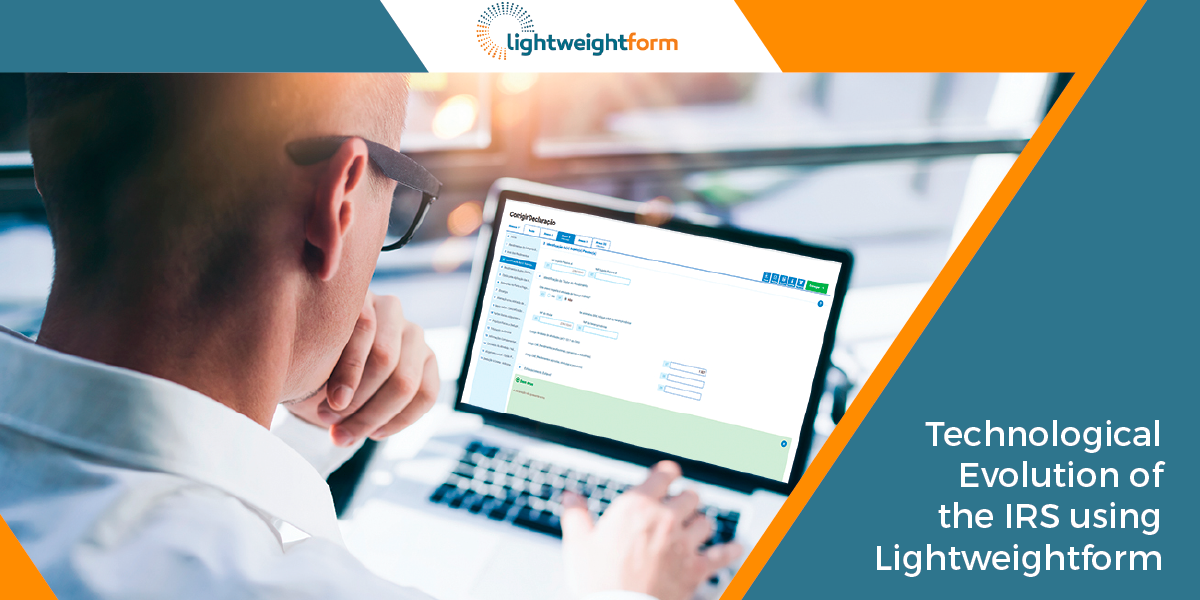 The Portuguese Tax and Customs Authority, abbreviated as AT, is the organization responsible for administrating the taxes and customs duties in Portugal. One of its responsibilities is to collect the taxpayers’ statements. Opensoft, through its Lightweightform framework, facilitated the technological upgrade of this collection system, which is currently only made through digital channels.

The dematerialized collection of the IRS tax returns was one of the pioneer projects of the Public Administration’s (AP) digital transformation. The first IRS tax returns gathered through the internet were made in 1997, a milestone in a process that has had a constant evolution in the coverage of the information collected and processed. These changes were fundamental in ensuring that the legal obligation to file income tax statements was made with increasingly less effort from the taxpayers since improvements were made and features were added.

Besides gathering information provided by the taxpayer, there was a large investment made in making income statements with pre-filled data, through the integration with other AT applications. The goal was to significantly reduce the data input by using the Template 3 of the IRS. Currently, around 3 million, a significant share of the universe of taxpayers, already succeeded in submitting their statements in a single interaction and it’s only necessary to validate the pre-filled statement with the Tax Authority.

Technological update of the IRS application

The technological foundation of the application that collects the IRS tax return statements needed an update. Up until then, the Template 3 IRS statements used Java Applets to process/interpret the elements of the forms, but the most recent browsers do not contemplate the use of this technology.

With this technological evolution, other languages and solutions emerged to deal with the complexity of this type of forms, hence why the Tax Authority felt the need to migrate the solution for gathering the IRS tax return statements to more recent technology, replacing the Java Applets.

The challenge faced by the Tax Authority was how to carry out the technological update of the application in due time, so as to not jeopardize the annual IRS campaign. This was a crucial point because it was necessary to meet the legal deadlines of the campaign.

There was also another area that could be improved, the usability of the application. The increased familiarization and adaptation of users to the new technologies transformed the way digital services are available. In this regard, we used this opportunity to provide a solution focused on the user, by offering a more rich and satisfactory experience.

A usability study made to the Finance Portal and to the application of IRS collection identified various improvements at the user experience level, which made it possible to guarantee the usability and the compatibility with current technologies and devices. Some of the points that required a quick solution were related with the compatibility between different types of devices and operating systems, the display of filling errors in a clear and localized way and the provision of fast navigation mechanisms between the different areas of the forms and annexes of the statement.

Guarantee update without disrupting the operation of the application 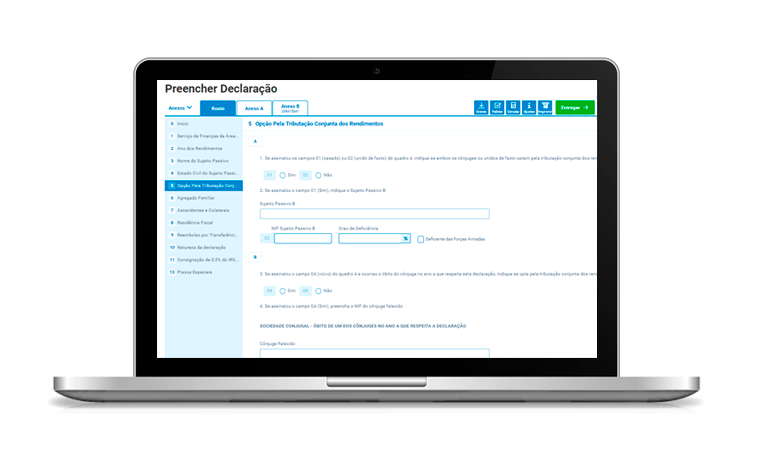 Considering that the main improvement opportunities identified were related with a front-end solution (user interface), it was decided to reformulate this component, addressing the technological challenges and the usability, minimizing the risk and the investment associated with the changes.

The new application was developed using the Lightweightform framework, an open source platform that enables the development of demanding web forms (thousands of fields, business rules, and validations), with less time investment and resources. In addition to providing a set of libraries and resources to be integrated into different technological projects, it guarantees the interface usability. Their components are also compatible with different browsers and devices.

This technological update was accompanied by a change management process, designed to minimize the impact for the taxpayers and for the Tax Authority operation: the development work was initiated earlier and an operational version of the previous version was maintained, that would allow as a last resort, to have no break in the operation nor to compromise the deadlines of the IRS annual refunds.

In the IRS 2017 campaign a new application, solely in HTML, was made available, compatible with the various browsers and devices, which respect the current usability principles, allowing an improved user experience. This campaign also marked the end of IRS statements on paper, since these are now done exclusively through digital channels.

Engineer Mário Campos, Deputy Director-General Manager of the Tax Authority, reveals that the project’s objectives were met: “We consider that the technological migration project was very successful because we managed to transform the IRS statements with reduced investment and within the stipulated deadlines.”

The use of the open source framework Lightweightform was very important “because taking into account the number of fields and validations to update, it would have been impossible to do it in the time available, developing everything from scratch,” adds Mário Campos.

This technological update allowed the Public Administration to take another step in their digital transformation processes. The process of submitting the IRS statement was made easier for the taxpayer, who in addition to spending less time with the process, also saw the average refund deadline period shortened from 36 to 23 days.

Some facts about this project: